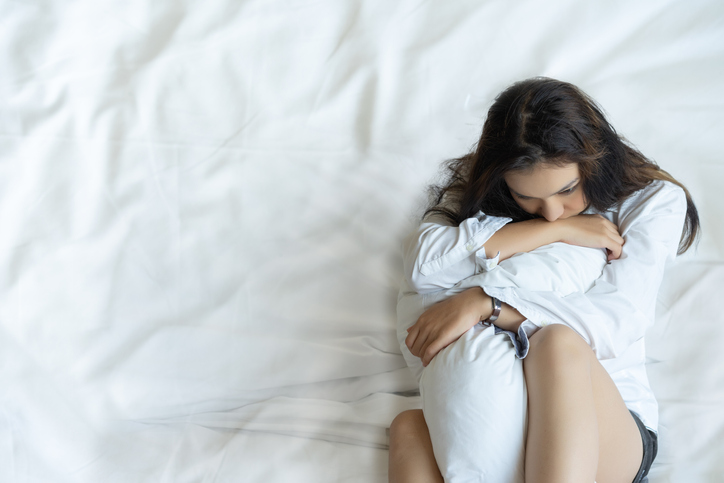 By Florida Behavioral Health
in OCD

These are just some examples of common OCD comorbid disorders that can affect the way treatment works. If you or someone you love has OCD, be sure to understand how to look out for comorbid disorders. Knowing the symptoms can help keep the healing plan on track.

The term “mood disorder” is often used to describe the many types of depression, including:

While the triggers and symptoms are different for each mood disorder, they share several common symptoms, such as:

Anyone with thoughts of self-harm or suicide should seek immediate medical attention. People with OCD should be sure to monitor their condition for signs of depression. About 60 percent of people with OCD will have at least one episode of depression.

Bipolar disorder can be particularly dangerous for people with OCD, as the manic periods sometimes keep patients from continuing their OCD treatments. Furthermore, people with bipolar disorder are more likely to also live with OCD than any other type of anxiety.

Anxiety can manifest as several different disorders, including Generalized Anxiety Disorder (GAD), panic attacks, and phobias. In fact, some people even classify OCD as a type of anxiety disorder. Understandably, many people with OCD also have one or more of these anxiety disorders.

The symptoms of each anxiety disorder vary in important ways. However, they all make patients feel extremely nervous and worried. Patients may even know that their worries are illogical or disproportionate, but they are unable to stop the negative thoughts without treatment.

These two disorders share several symptoms, including intrusive thoughts, avoiding certain triggers, and anxiety when confronted with triggers. Furthermore, both disorders can develop as the result of a traumatic event. While OCD and PTSD do have important differences, people who experience trauma may be more likely to develop OCD than their peers, making this pair common.

If you get treatment for OCD but the intrusive thoughts continue, you may need to be evaluated for PTSD. Your professional team can then adjust your treatment plan to meet your needs better.

When people with OCD have obsessions or compulsions about food, it can create a dangerous slope to eating disorders such as:

While these disorders all present different, they share one important element: obsession over food. People with eating disorders obsess over the way they eat and feel anxious if they diverge from these unhealthy patterns. This is not unlike the way OCD operates. If someone with OCD develops obsessions or compulsions regarding food, it’s important to keep an eye out for eating disorders.

If you have OCD and believe you may have a comorbid disorder, be sure to schedule a mental health appointment quickly. The therapists and psychiatrists at LifeStance Health can help you get a full picture of your mental health state and develop a treatment plan that fits your needs.

Florida Behavioral Health is now LifeStance Health! Patients will continue to receive the same comprehensive and compassionate care with the same insurance coverage. This site will soon redirect to our new online home where you’ll find access to our online scheduling, expanded resources, and important information. Please click here to learn more about this transition.